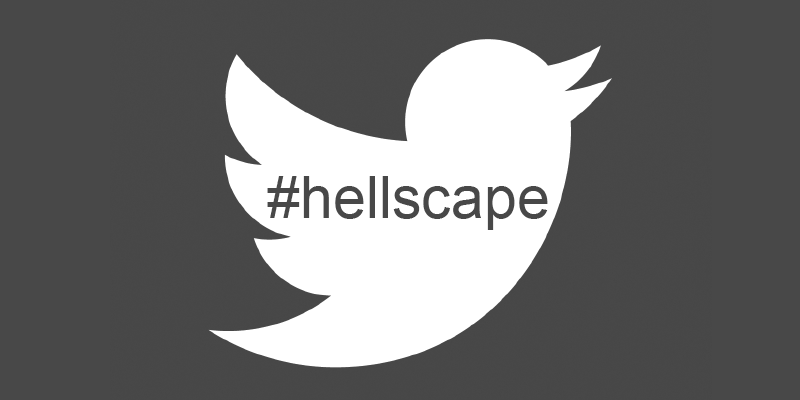 Twitter Shows Its True Colors (Hint: It’s NOT a Rainbow)

Elon Musk didn’t waste any time showing his true colors and making Twitter the “hellscape” he stated it would not become.

I have been posting to and following others on Twitter for years. The platform has been an effective way to speak up, share my thoughts, and connect with other thought leaders.

I have deactivated both my personal and corporate accounts in response to Elon Musk’s recent retweeting of a homophobic, anti-LGBTQ+ false news story from the Santa Monica Observer about the brutal attack on Speaker Nancy Pelosi’s husband, Paul.

While the victim of the vicious hammer assault was still in the hospital with his family traumatized and in shock, Elon carelessly jumped on the right-wing conspiracy bandwagon.

There have been many unfounded conspiracy theories about the attack. None of them have been true. NBC has reported that San Francisco police officials shared information with NBC News that directly contradicts the claims in the story.

However, that didn’t stop the tweet from going viral. It was retweeted more than 24,000 times, had 86,000 likes, and was gaining more traction before Elon deleted it. To his credit, he did take the tweet down, but did he apologize? No, he did nothing. He didn't respond to the comments. He went silent. That is what trolls do, they slink back under their rocks. It's abominable.

After Elon’s tweet, I logged in to find that I had anti-LGBTQ+ trolls commenting unsolicited in my feed.

If you identify as an LGBTQ+ person on Twitter like me, you are going to be absolutely subjected to some of these trolls and their hateful rhetoric. That’s how the algorithms work.  I reported one of them. After a few more attack posts appeared, I said, “Nope, I am out of here. Time to stop drinking the digital poison.”

You do not have to be following or directly connected to accounts that are spreading misinformation for this nonsense to show up in your feed.

Unfortunately, a lot of social media follows these same patterns. In fact, many platforms encourage this bad behavior. They are monetizing extremism and nastiness for market share and profit.

I am not going to participate in it. I condemn all of the bigotry, racism, antisemitism, homophobia, and hatred proliferating onlineit in the strongest possible terms. It is now leading to actual physical violence and is a real threat to our society.

I don't care if you are the richest person on earth, or you are poor on public assistance—there are standards of decency for everyone. And Elon’s actions are absolutely wrong. It might make a difference if he apologizes and admits that he retweeted something he thought was true. I don’t have faith that will happen.

More and more, we see people go too far on social media and only admitting to it when they are called out on it. Do they express shame, sorrow, and repentance? Usually not, unfortunately.

Well, maybe it is you. And maybe you have a problem. And it seems to me that this is the case here. There's just been too much deranged behavior involving Twitter and Elon Musk. This wasn’t just some off the cuff remark. It was intended as a slap in the face. And it bounced back badly.

You may choose to keep your account and fight the good fight in another way. Fight on. I respect your decision and hope you can keep Twitter from falling on Elon’s sword. But for me, there are many other battles to fight, so it’s ciao for now, Twitter.