Ilisa Rosal: A Passion for Flamenco 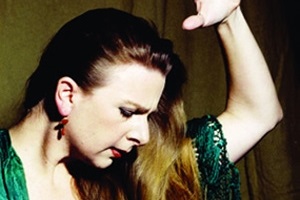 Ballet Flamenco de la Rosa founder Ilisa Rosal traveled the world to learn her craft and bring home to Miami the “real flamenco,” that passionately ignited her soul, and drove her to bring classical stories to life through her creative vision.

Ilisa Rosal was born to emote. This passion for expression began as far back as she can remember, becoming characters from the age of 6 on, to entertain family at first, then it was her play. While the kids in her Miami Beach neighborhood rode bikes and threw balls, she was producing plays and casting any kid playing outside to join her imaginary world.

Ilisa studied ballet and theater as a child but fell in love with theater first. She says her earliest memory is going to the theater. “I felt like theater was the real world and the real world wasn’t real. I instinctively knew the theater is where I belong no matter what show is playing. As soon as the lights went out, I was filled with excitement. Something in me was drawn to the dramatics, and my parents really didn’t understand.”

Her father called her Sarah Bernhardt and to reward their middle child, her parents took her to the Merry Go Round Playhouse. Her whole family had artistic talent, but the thought of pursuing it as a career made no sense to them. It just wasn’t reliable.

But her parents visited Cuba before Castro and learned all types of Latin dance.

“My father was a brilliant businessman and also very talented but never took it seriously. He was the life of the party and my parents were fabulous Latin dancers.”

Ilisa’s father was eccentric but always took the family on summer trips. “My parents exposed us to theater and travel and made sure we could all speak Spanish. We had to order in Spanish in Cuban restaurants and always had a housekeeper who spoke only Spanish with us.

The first family trips were around the U.S., then Europe. She instantly loved Spain and Portugal, anything Renaissance and Middle Ages. “Maybe I should have been born in the 19th century,” she says.

By the time she was in 7th grade, Ilisa was reading the most dramatic of the classics, works by Garcia Llorca and Stanislovsky. Don Quixote was a favorite.

She auditioned and got in to every play produced at her synagogue, Temple Beth Shalom. When they announced auditions for The Diary of Anne Frank, she wanted to be Anne but the teacher said, even though she was good enough to play Anne, she was the oldest and had to play the mother.

“My father always said you work with what you’re given. So I decided I’d be the best Mrs. Frank ever. I mastered a German accent. I had nightmares at night.

I’d wanted to take drama classes at Trixie Levin’s acting school but my mother refused. I was so happy to see Trixie sat next to mother in the audience during the opening of Anne Frank. When Trixie saw me walk out she turned to my mother and said, ‘That girl is an actress.’ That was enough for me.”

Seeing Margot Fonteyn dance in Swan Lake struck a chord in Ilisa, who identified with the choreography and movement. “So much expression with the arms and upper body was everything to me,” she says. “I was great at upper body, musicality and arms, but my feet don’t work.”

She was able to find an excellent ballet teacher who was building a training program and grew with it. They were taught all forms of dance, ballroom, acting, mime and Spanish dance.

“As the advanced female dancer, I spent all my time there. She took me to see Jose Molina and I saw this one dance where they cry, wail and lament, there’s lots of passion, and included a poem from Garcia Llorca that I knew. In that instant I thought, this is mine! It’s theater, dance, poetry, art and singing. It’s everything, it’s my language and the way to my creative expression.”

Ilisa traveled to Spain to study flamenco with some of the most distinguished artists and teachers. “My passion for flamenco, and for theater, has only grown throughout the years,” she says.

Ilisa founded Ballet Flamenco La Rosa in 1985, setting out to combine a mix of musicians, dancers, and styles from both sides of the Atlantic for each of its performances. She loosely scripts and choreographs works based on classics, often a unique combo of diverse cultures and style in theater and dance. The company presents flamenco in all of its forms to local, national and international audiences. She has always steered her company toward an innovative approach to the art form.

Flamenco seems to draw in people of all ages and ethnicity. The dance form originated in Andalusia, Spain, and was later adapted by Christians and Jews. “Flamenco is multicultural – there are elements of different cultures,” Ilisa says of its wide appeal. “It’s the rhythm in flamenco — the deep emotion in the guitar, music, and the dancer — that resonates with all people. It’s all very universal — a complete art form.” 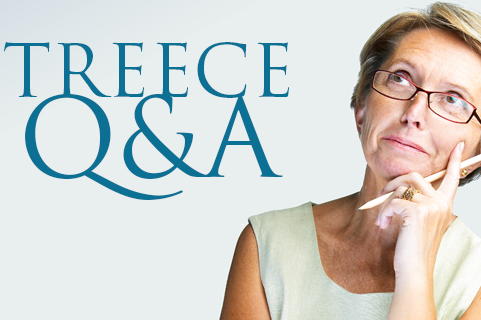 Why should I use your firm instead of a larger, institutional advisory firm?

Treece Financial Group provides an advisory relationship that takes pride in  the personal touch. We are a boutique firm that keeps in close touch with our clients. We get to know our clients as individuals and not just accounts. This personal interest creates a level of service which we believe cannot be matched by the larger financial companies and banks.